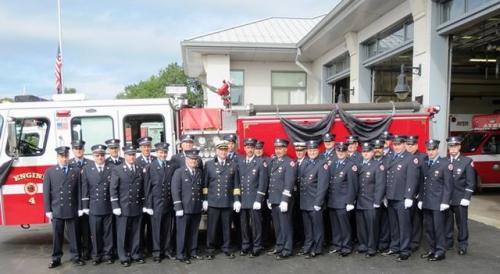 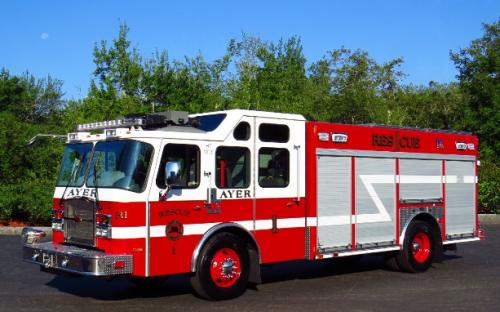 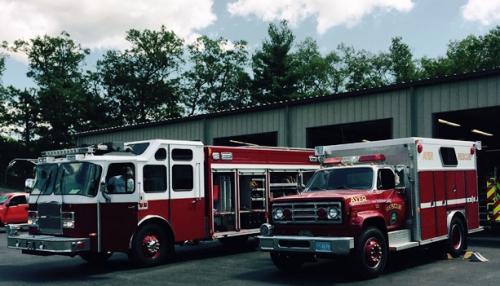 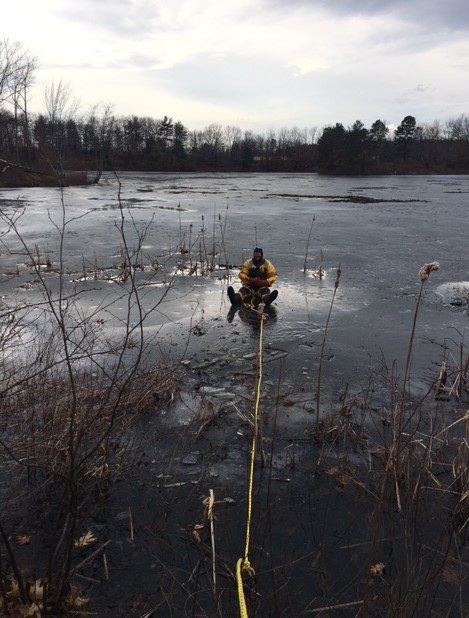 On January 12, 2017 at approximately 13:00 hours, Rescue 1, A2, Service 1 and Chief Pedrazzi responded to the rear of a business on Bligh Street for a dog through the ice. On arrival, crews observed a small dog sitting on the ice a short distance from shore. There was open water between the ice and the shoreline. Captain Tim Johnston entered the water in a survival suit and was able to quickly bring the dog to safety. This rescue serves as a reminder that the ice in town is not safe to walk on at present. 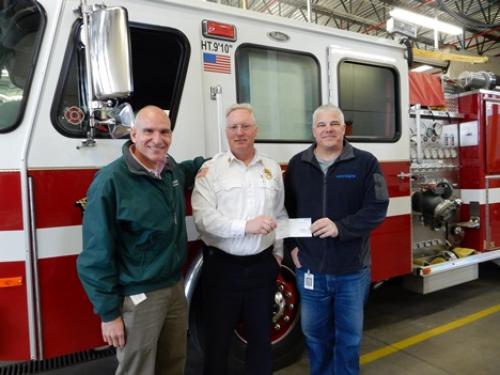 National Grid has been assisting the Ayer Fire Department with its Student Awareness of Fire Safety Education program for many years. National Grid has been donating $1,000 dollars to the Local Safe Account to help fund the activities of the Fire Safety Program. The program is also funded through a competitive grant program through the State Fire Marshal’s Office, but it does not cover the entire costs. The program teaches age appropriate students in the elementary school fire safety tools such as: stop drop and roll, crawl low under the smoke, and teaches them what to say when they need to call 911 in an emergency. Part of the program has them draw an escape plan of their residence and practice a fire drill with their family. Firefighters go into the schools in the health class to teach the lessons. I would like to thank National Grid for their continued support. Chief Pedrazzi 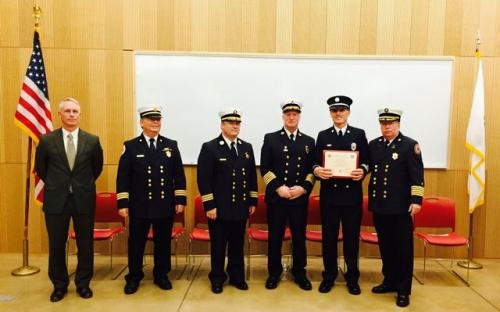 The Ayer Fire Department is pleased to announce Captain Timothy Johnston has graduated from the Chief Fire Officer Program. This program is a 13 week training program consisting of 104 hours of classroom and an applied research paper. The program is run in conjunction with The Executive Office of Public Safety and Security, The Department of Fire Services, The Massachusetts Fire Training Council, and The University of Massachusetts, Boston. Pictured from right to left: Fire Marshal Steven Coan, Captain Timothy Johnston, Chief Robert Pedrazzi, Deputy Fire Marshal Peter Ostroskey, Reverend James Tibe, and Thatcher Kezer III representative from U-Mass Boston. 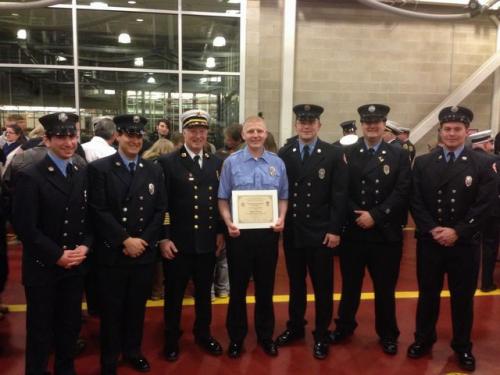 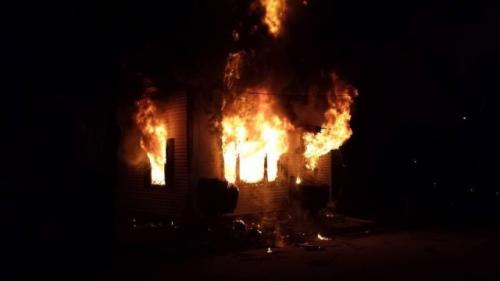 Before FD arrival. There were no injuries, house is a total loss. (Photo by Officer Callahan) 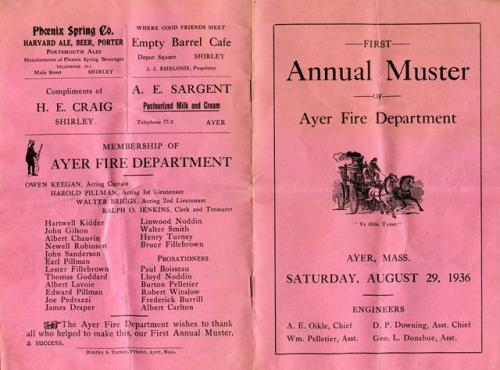 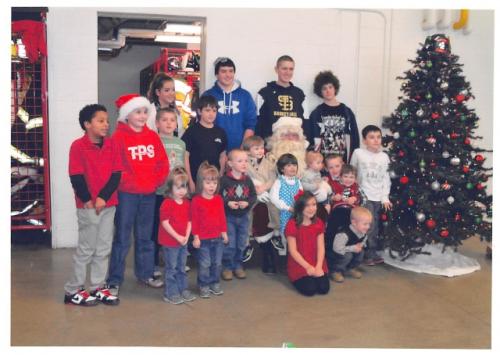 Two of the kids in the 2000 picture are on the Department today as well as two that were on the department and have since moved on. 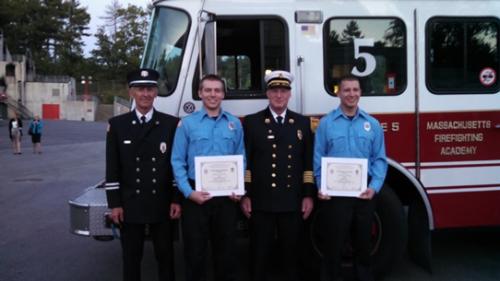 New Self-Contained Breathing Apparatus at Ayer Fire Department
New equipment was received and placed in service in the month of April. 26 new Scott self-contained breathing apparatus was received. This new equipment is state of the art and contains a device to locate a downed firefighter. If a firefighter gets lost / trapped in a fire situation this device can be activated and in addition to sending out an audible signal also sends a wireless transmission that can be tracked with a hand held locator. The device also becomes active after 45 seconds on non-movement; so if a firefighter becomes unconscious the device will automatically activate sending out the signal. All firefighters were fit tested to be certain that they have the correct size mask and training was completed at the mid-month company drill. The purchase of this equipment was 95% paid for with Federal funds. 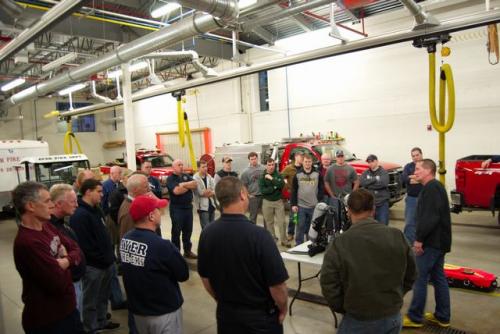 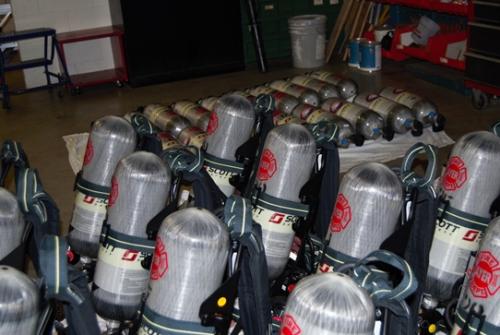 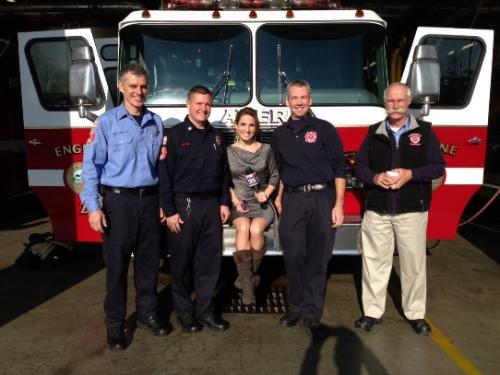 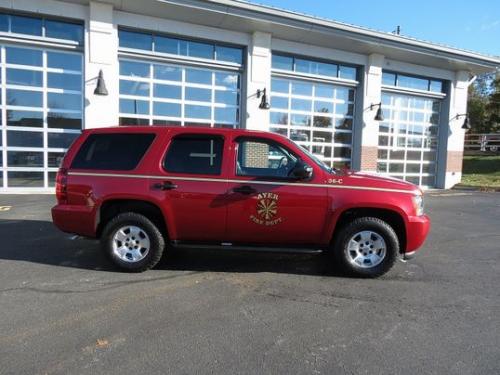 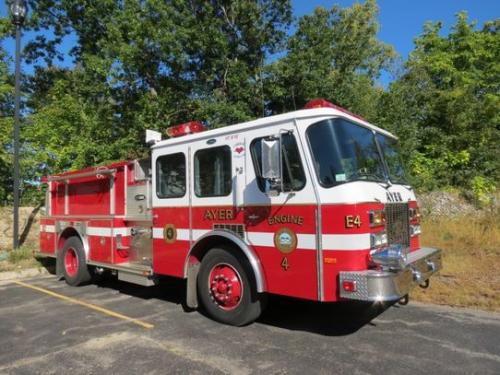 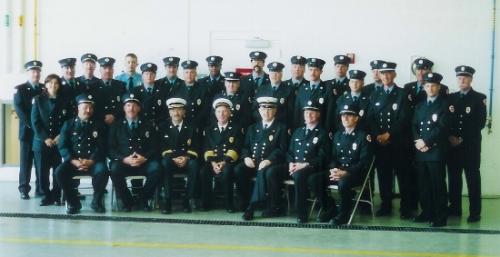